Auston Jimmicum, AIS minor, reflects on how he's grown at the UW

I climb up the ladder

by Jenelle Birnbaum as featured in UAA advising

Growing up on the Makah Reservation in Neah Bay, Auston Jimmicum vividly remembers meeting University of Washington students for the first time. 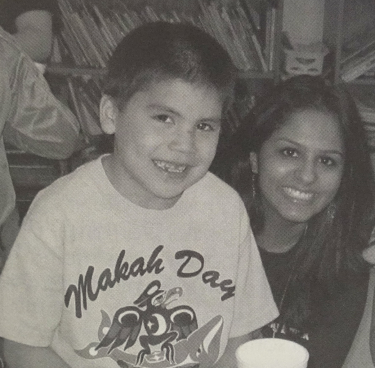 He was in second grade, and they were teaching in his school as part of the University of Washington Pipeline Project’s Alternative Spring Break program — a week-long program through which UW students lead art, literacy and science projects in rural and tribal elementary schools across the state. Over the course of the week, they wrote and illustrated their own poems, which they turned into handmade books.

“Neah Bay is a small place.” Jimmicum explains. “The students showed us where they came from on the map. I made friends with a UW student from Chile. It was so inspiring to have people visit from so far away. And, having people come from such an important institution as UW makes you feel important and like you are part of their world.”

In fifth grade, Jimmicum again connected with UW students in Neah Bay. This time, the Pipeline Project program included a UW campus visit for Jimmicum and his classmates.

This visit was no small trip. Neah Bay is tucked up in the northwest corner of Washington state’s Olympic Peninsula, 150 miles from Seattle. Traveling to campus included a 3.5 hour bus ride and a 30-minute ferry ride. It was Jimmicum’s first time on campus, and he liked what he saw. He started imagining UW in his future.

Jimmicum visited campus frequently, coming along with his nana to visit his Auntie Synon. His auntie’s urban lifestyle piqued eighth grade Jimmicum’s interest. A dorm room in the city, a meal plan, city life, what could be better? Determined to be a Husky, he completed Peninsula College’s Running Start program online. This introduction to the academic side of college motivated him to do more. He attended workshops at the UW and served as his high school’s student body president.

It feels really wobbly and scary

Despite his preparation and excitement, Jimmicum’s first feeling as a new undergrad was that he didn’t belong. Partially due to the culture shock of living in an urban area after growing up in a rural community. And more significantly from not seeing many people on campus who looked like him. 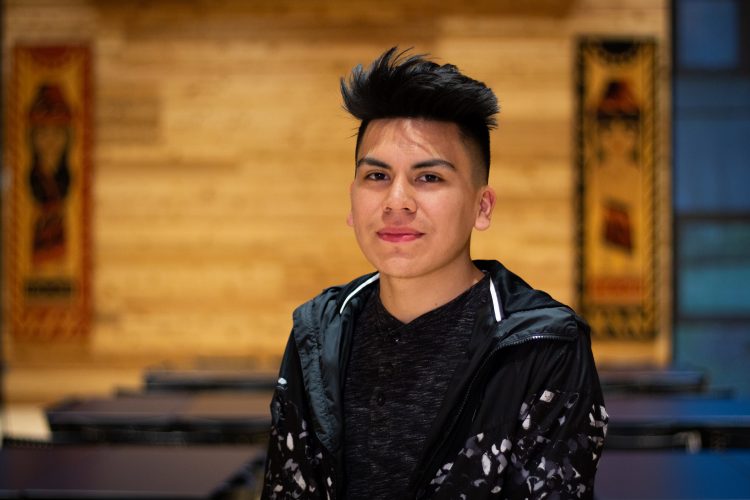 Early on at the UW, Jimmicum “was reluctant or perhaps unsure of how to express myself in the classroom. I realized the importance of finding my voice after sitting in a lecture dedicated to Makah whaling rights. Whaling is a controversial topic, and there were many students who believed that my people shouldn’t be able to subsist on whales. I knew I needed to find my voice when I couldn’t articulate to them the detrimental effects of our inability to subsist on whales.”

If Jimmicum could go back to that moment, he’d explain that whaling is important enough to the Makah’s culture that they specifically included it in their treaty with the U.S. The Makah voluntarily stopped whaling in the 1920s due to concerns about the grey whales’ declining population as a result of commercial whaling. Now that the whale population has returned to healthy levels, they are working with NOAA and the government to resume this tradition.

He’d go on to explain that “the whale is a primary component of our Makah identity — embedded deep into our social, political, economic and religious systems. Our inability to utilize primary resources in our territory has lead to significant health disparities in our community and the surrounding ecosystems. It has put a limit on our ability to sustain ourselves, and the ability to autonomously sustain our bodies is essential to the existence of our sovereignty.” Unable to articulate that in the moment; unsure how to respond to his classmates’ comments, he knew he had to figure out how.

Fortunately, Jimmicum found a supportive network to explore his identity through the Brotherhood Initiative — a program created to help men of color succeed at the UW. For first-year Jimmicum, conversations with students and faculty in the Brotherhood Initiative “allowed us to define ourselves in an open, supportive space. It helped us see the ways in which we are historically disadvantaged and gave us tools on how to occupy space without feeling like we don’t belong.”  They talked about their experiences, those of their families, and how they related to their presence at the UW. 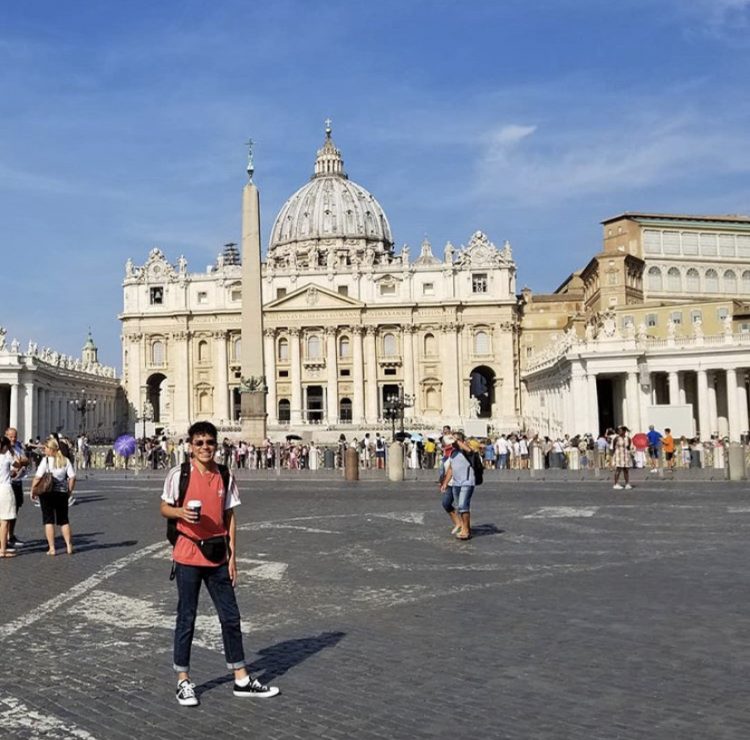 When the Pipeline Project came to a Brotherhood Initiative event to recruit team members for Alternative Spring Break, Jimmicum eagerly signed-up. His enthusiasm to be a facilitator for a program that so inspired him was matched by Pipeline Project Director Christine Stickler. She immediately assigned him to his home community in Neah Bay.

Jimmicum’s work with the Pipeline Project “…was the beginning of learning how to articulate myself. Being at an institution like this, I’ve learned to see the importance of bringing my voice to discussions because there’s not a lot of us indigenous people that even have a seat at these discussions.”

Through mentorship and built-in reflection, he grew more confident sharing his firsthand knowledge about the lives of the Makah families and students they’d be working with. For the first time, he belonged to both worlds: the world of the Makah students and the world of UW undergrads. He was thrilled to learn how to facilitate programs and teach elementary school kids, all while being supported by his tribe. Perhaps most surreal was when his two worlds came together via a dinner at his former school principal’s house. Engaging in his community in such an empowering way enabled him to picture his academic life circling back to his home community.

Neah Bay, Jimmicum’s home community, is a rural community located in the northwest corner of the Olympic Peninsula. 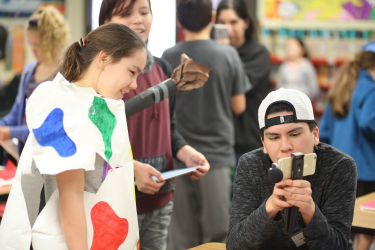 Jimmicum returned ready to launch into community-based work and landed a paid internship at the Pride Foundation through the Carlson Center’s Undergraduate Community-Based Internships (UCBI). His work centers around understanding how race and socioeconomic factors play into community-based service work. For his first project, he created a volunteer training module that explores what racial equity is; how the Pride Foundation is incorporating racial equity into organizational practices and the history of philanthropic organizations. It also explores the roots of the LGBTQ movement and ways to make it universally inclusive. The Pride Foundation is currently integrating it into their volunteer orientation.

Eager to continue working for the Pride Foundation after his UCBI internship ended, Jimmicum applied for and received funding through the Jackson Monroe Public Service Fellowship. His second project focused on building asset maps for scholarship recipients. These resource lists, customized for each of the five states the Pride Foundation serves, highlight additional support services: career, mentoring, educational, financial and mental health. He also worked on the Pride Foundation’s grant-making process, a “mind-blowing” opportunity to participate in “impactful and meaningful discussions that matter for underrepresented communities.” The opportunity was especially meaningful because Jimmicum received the Pride Foundation Washington Regional Scholarship when he first came to the UW.

A bunch of bubbles floating up 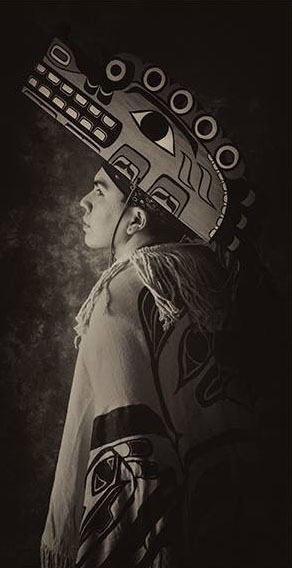 Prior to his community-based work, Jimmicum often thought of himself as underprivileged because he holds many marginalized identities. Jimmicum’s experiences with the Pipeline Project, the Brotherhood Initiative and the Pride Foundation, however, brought him “… a better understanding of where my identity fits into social justice work and how I can contribute.”

Now a law, societies and justice major and American Indian studies minor, Jimmicum plans to become a lawyer. He is determined to help under-served communities access legal help, and is particularly motivated to help indigenous communities regain sovereignty over their lands. He also hopes to inspire other young Makah students to pursue college. He hopes that he and future Makah students can serve their home community and — like his second-grade poem illustrates — join their voices to be “a bunch of bubbles floating up.”

Jimmicum wrote “The Diving Pool” in second grade while participating in the UW’s Pipeline Project’s Alternative Spring Break. The students’ poems were published in a self-made anthology of poetry from across the state.

I climb up the ladder
And feel really excited.
I get to the top of the diving board.
It feels really wobbly and scary
Then I jump
I SPLASH!
I hear a bunch of bubbles floating up
Then I swim back up to the top.
Then when I get up,
The water feels like goo.

You can find the full original article here.