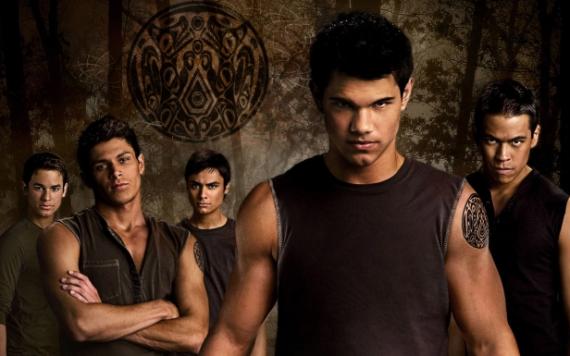 Instructor: Elissa Washuta (elissaw@uw.edu)
MTWTh 1:10 - 3:20
5 credits I&S (VLPA may be added)
SLN: 10053
Since the publication of the Twilight novels and their film adaptations, audiences worldwide have been thrilled by fictional images of Native American shapeshifters. The total sales of the Twilight empire exceed $5 billion; young girls everywhere have staked out their allegiance to Team Jacob or Team Edward. The series is replete with representations of Native characters, including love interest Jacob, the rest of his Wolf Pack, and the abused fiancée of the alpha male. In this class, we will watch all of the Twilight films and read excerpts from the novels, analyzing the scenes and images as critical viewers and readers. Students will learn about the Quileute culture and the problems related to fictionalizing their cultural knowledge. We will also discuss the impact the Twilight series has had on the public’s conception of Native people. Is it problematic that so many young girls find themselves asked to choose between a Native character who transforms into a savage wolf and an alabaster vampire with endless wealth? Where have we seen similar images before? What are the stereotypes and myths about Native life on which these representations are based?
All are welcome, including non-students, during summer quarter. Tuition charges apply; the ACCESS program allows Washington residents 60 years or older to attend class as auditing students for a $5 registration fee.
News Category:
Related Fields:
Share
PrintPDF